Home › Travel & Entertainment › Celebrity Stoners › Marijuana and the Modern Lady: Time to Step Out of the Closet

Marijuana and the Modern Lady: Time to Step Out of the Closet 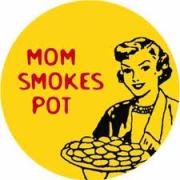 Women are key to ending the drug war. But with males on the Colorado Medical Marijuana Registry outnumbering females 2 to 1, women are missing out on an effective treatment for so many of the conditions we suffer from like chronic pain, multiple sclerosis and breast cancer. We must have the courage to step out of the closet and admit that we enjoy a toke or two now and then. It doesn’t make us bad wives or negligent mothers. It simply makes us human.

The growing number of women coming forth and announcing themselves as cannabis users represents a sea change in both how women view pot, as well as in how female pot smokers are viewed. And it may also be the reason why so many regular women—famous smokers like Rihanna and Lady Gaga aside—are beginning to open up about their habits.

A growing number of these women are getting involved in reforming cannabis laws. Activist women in organizations like the NORML Women’s Alliance, Mothers Against Misuse and Abuse MAMA, and Moms for Marijuana not only support women’s marijuana use, but they’re also working to challenge drug laws that they feel unduly harm pot users while leaving violent criminals out on the streets. As the NORML Women’s Alliance puts it, “There is no doubt that once women, especially mothers, become educated about the social and economic costs of marijuana prohibition… the scope of the national, mainstream conversation will be changed for good.”

via Marijuana and the Modern Lady – Emily Dufton – The Atlantic.

Like Loading...
‹ Scooter on Medical Cannabis
Denver Mayor Hancock wants to protect people from being offended by marijuana ›