The federal government has subsidized the criminalization of millions of young people simply for having a small amount of  pot. 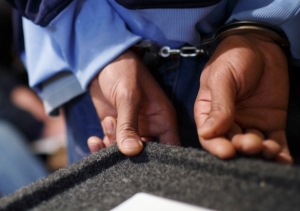 Why are marijuana arrests so racially skewed? Such dramatic and widespread racial disparities are clearly not the product of personal prejudice or racism on the part of individual police officers. This is not a problem of training or supervision or rogue squads or bad apples. It’s a systemic problem, a form of institutional racism created and administered by people at the highest levels of law enforcement and government.

Most people arrested for marijuana possession were not smoking it: they typically had a small amount hidden in their clothing, vehicle or personal effects. The police found the marijuana by stopping and searching them (often illegally), or by tricking them into revealing it.

Police departments concentrate their patrols only in certain neighborhoods, usually ones designated as “high crime.” These are mainly places where low-income whites and people of color live. In these neighborhoods, police stop and search the most vehicles and individuals while looking for “contraband” of any type to make an arrest. The most common item that people in any neighborhood possess that will get them arrested—and the most common item that police find—is a small amount of marijuana.

Police officers patrolling in middle- and upper-middle-class neighborhoods typically do not search the vehicles and pockets of white people, so most well-off whites enjoy a de facto legalization of marijuana possession. Free from the intense surveillance and frequent searches that occur in other neighborhoods, they have little reason to fear a humiliating arrest and incarceration. This produces patterns, as in Chicago, where whites constitute 45 percent of the population but only 5 percent of those arrested for possession.

Read the rest of the story at The Nation: http://www.thenation.com/article/176915/scandal-racist-marijuana-arrests-and-what-do-about-it?page=full

Like Loading...
‹ Baking Bad: A Potted History of ‘High Times’
Blast from the Past: Voters approve medical marijuana ›