TAKE ACTION! Help get medical marijuana for PTSD in Colorado! 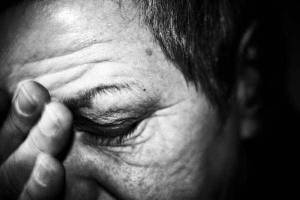 I want to let you know about a recent bill, HB14-1364  that adds post-traumatic stress disorder (PTSD) to the list of ‘debilitating medical conditions’ that qualify for a Medical Marijuana recommendation. This timely bill addresses a major gap in access to medical marijuana in Colorado for veterans and all those suffering from PTSD.  The bill will especially ensure our veterans don’t lose their VA benefits for following their physician’s recommendation to use medical marijuana!

On average a veteran commits suicide every hour in the United States. Medical Marijuana is a harm reduction tool that can help to stem this epidemic. But, Colorado veterans who use marijuana to manage their symptoms of PTSD risk losing their Veterans Administration (VA) benefits. This bill would change that, but it may not make it out of committee without your support.

VA policy permits veterans in compliance with their state medical marijuana law to continue to receive all their benefits and remain eligible for care in the VA medical system. Veterans should not have to risk punishment for using marijuana – especially in the state of Colorado!

Presently 7 states allow use of medical marijuana for PTSD; 4 states have added PTSD to their programs in the last 6 months alone. And a survey published last month in the Journal of Psychoactive Drugs reports that people with PTSD in New Mexico’s medical marijuana program show a greater than 75% reduction in severity of their symptoms when patients were using cannabis compared to when they were not

What you can do?

The bill will be heard in the House of Representatives’ State, Veterans, and Military Affairs committee this coming Monday, April 28th. Committee members need to hear from Colorado residents, especially veterans, military family members and doctors, who support access to medical marijuana for PTSD patients. A sample call script is below.

We need you to contact the members of this committee before they meet on Monday and let them know that you support veterans and all those suffering with PTSD in Colorado!

Call or email the State, Veterans, and Military Affairs committee members to voice your support for this HB14-1364!

Members of the House Committee on State, Military and Veterans Affairs

“Hello, my name is ________  _________. I am a Colorado resident calling to express my Support for HB14- 1364, to add post traumatic stress disorder to the list of ‘debilitating medical conditions’ that qualify for medical marijuana in Colorado.”

“This bill is an important measure to ensure Colorado veterans can access the care they deserve without risking their benefits. Please tell Representative _____________ I strongly urge them to vote to approve medical marijuana for PTSD when it is up in the House Committee on State, Military and Veterans Affairs this Monday April 28th.  Thank You.”

(Special thanks to Drug Policy Alliance for putting this alert out there! Effective collaboration is the key to winning this war on drugs!)