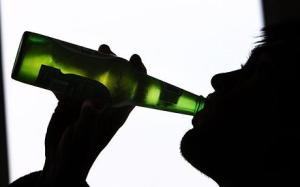 Ten percent of Americans will die due to alcohol abuse this year, adding up to millions of years of lost life.

If people moderated their alcohol intake and avoided excessive drinking, it would prevent 10 percent of the deaths that occur in this country every year in people between the ages of 20-64. Tallying up all the potential years of life lost annually due to alcohol-related deaths, the total reaches 2.5 million years.

Those are the results of a new study released today by the Centers for Disease Control CDC. The authors collected data related to 54 different causes of death that could be attributed to alcohol, both chronic and acute. For some of these conditions, like motor vehicle collisions due to intoxication, or cirrhosis of the liver, mortality could be attributed entirely to the effect of alcohol. For other conditions, such as high blood pressure or breast cancer, the deaths related to alcohol were calculated using risk estimates for developing the different diseases based on varying levels of intake.

The study, published in the journal Preventing Chronic Disease, defined excessive alcohol intake as either binge drinking—five or more drinks on a single occasion for men, four or more for women—or heavy weekly consumption—15 or more weekly drinks for men, eight for women. Since much of the data collected relied on self-reporting by individuals, which can low-ball the amount actually consumed when compared to alcohol sales in various areas, it may be that alcohol plays an even greater role in preventable death than even this new study shows.

All told, alcohol-related deaths comprise about 10 percent of the total deaths in the United States per year among working-age people. Those who die prematurely are overwhelmingly—71 percent—male, and over half die as the direct result of binge drinking. Though still lagging behind tobacco use, poor nutrition, and sedentary lifestyle on the list of preventable causes of death in our country, excessive drinking leads to the cumulative loss of millions of years of potential human life.

Read the rest of the article at The Daily Beast: Excessive Drinking Kills 1 in 10 Americans.