Medical Marijuana Patients are NOT a bunch of fakers 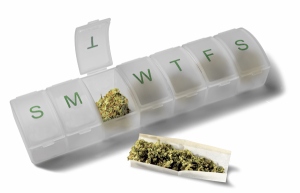 I’m really tired of hearing about all the “fake patients” with medical marijuana licenses in Colorado.

When recreational stores opened on January 1, 2014, some people believed that patients would happily leave their medical marijuana behind and switch to paying higher prices for recreational weed. Marijuana is marijuana, right?

There’s been lots of speculation about why the numbers on the medical marijuana registry have stayed flat, neither increasing nor decreasing.

They blame all the people they think are staying on the registry just to avoid taxes. They can’t say how many of them there are or how much tax revenue they’ve lost. They just know they aren’t getting every dime they think they deserve, all because medical marijuana patients don’t have to pay all the high taxes that the recreational consumer does. But the reality for patients who choose cannabis is that all of their medicine is a 100% out of pocket expense. There’s no insurance coverage or prescription drug card for weed.

They blame all the 20-somethings on the registry (23%), thinking that nothing so bad that would merit needing medical marijuana could have possibly happened to them by that point in their life.  I guess they don’t consider sports injuries or war wounds or epilepsy severe enough for cannabis.

They blame all the patients citing pain as a qualifying condition (94%). Because pain is subjective, they say it’s too easy to fake. Because specific pain conditions like fibromyalgia, migraines, endometriosis  or diabetes aren’t on the list of qualifiers, “chronic pain” becomes sort of a catch-all. Does that make the pain any less legitimate? They don’t really know what kind of pain people are dealing with, and pain is different, depending on the condition. We don’t know because no one has asked. Why do we need data when it’s easier to just make assumptions?

Here’s what we do know that hasn’t been considered in this discussion.

Children’s Hospital regularly reports that they are seeing an influx of kids from out of state seeking treatment with cannabis. The number of medical marijuana patients under 21 has nearly tripled in the last year, increasing from 160 at the end of November 2013 to 455 by November 30, 2014. Is it possible that the same trend has occurred in the adult population, but the numbers simply don’t show it? As so called “fake patients” drop off the registry, other “legitimate patients” fill the gap?

People, many of them adult patients, are flocking to Colorado for our favorable marijuana laws. Those who have waited for safe access to medical marijuana in their own state have chosen to come to Colorado where they hope to find relief without risking persecution or prosecution. I meet marijuana refugees everywhere I go. Many of them have joined the ranks of Licensed Medical Marijuana Patients.

As stereotypes are dismantled and stigma is diminished, more people are willing to consider cannabis as a treatment option for their condition. When I speak to groups, I get more questions about how I use cannabis to treat my fibromyalgia than anything else. I regularly meet people who tell me that they never would have considered cannabis a couple of years ago, but they are now. They may try something from a recreational store, then, after finding some relief, proceed with getting a medical marijuana license.

Many factors might explain why the number of medical marijuana patients hasn’t decreased other than that so-called patients are just a bunch of fakers who want to get high and avoid taxes. Marijuana has legitimate medical value. There’s no denying that in this state anymore.

Every system has its abusers. Corporations hire accountants and lawyers just to find loopholes. We need to stop making public policy that, in an attempt to catch the minority of those who may abuse the system, causes harm to those who need safe, legal and affordable access to medical marijuana. Protecting patients is good policy.

Like Loading...
‹ Opening Day: Starting another round of marijuana legislation
Colorado’s new medical marijuana license not without problems ›