Home › Policy & Politics › Advocacy › Week of April 5: What did you do for patients this week?

Week of April 5: What did you do for patients this week? 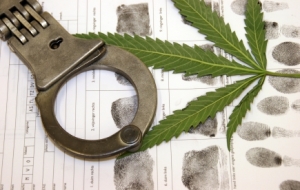 It’s been another busy week at Cannabis Patients Alliance! In addition to the on-going work we’re doing, there were two major highlights this week that we are particularly proud of.

On Thursday we were at the Capitol for over 8 hours, waiting to testify in support of HB1267, the Medical Marijuana on Probation Bill. It was worth it! This was the first time we’ve gotten to testify in full support of a bill rather than in opposition. This was the first time we’ve testified on a bill that actually clarifies rights for medical marijuana patients! It was an exciting moment!

This was a bill over 2 years in the making. Discussions started back in 2013 during the DUI for THC debate. Last year, the need for this bill became critically apparent when a friend came to us distraught over her head-injured son’s predicament when he was put on probation for a minor incident and was denied access to the medical marijuana that had been keeping him in balance. We took the issue to our mutual friend Rep. Joe Salazar who sponsored this important piece of legislation. Then we took this to the attorneys on the board of Colorado NORML who reached out to garner support from the Colorado Defense Bar.

We were proud to hear our friend, her son and his wife all testify about how much cannabis had helped him and how devastating it’s been for him to function without it. We were proud to step up to the microphone and speak for the patients who might be affected by this legislation.

We’re happy to say that HB1267 passed the House Judiciary Committee on a bipartisan unanimous vote!

On Friday, the Scientific Advisory Council reviewed a petition to add PTSD to the list of conditions that qualifies someone for a medical marijuana license in Colorado. The Board of Health had been petitioned 3 or 4 times previously to add PTSD but denied the petitions. This discussion was crucial if we were to move this issue forward.

After a robust discussion, I’m proud to say that the SAC voted to recommend PTSD be added to the list!

Based on the discussion and recommendation from the SAC today, Dr. Wolk has decided to recommend to the Board of Health adding PTSD as a debilitating condition to the Medical Marijuana Registry. However, the proposed rule change is to sunset in four years. This ensures that we reaffirm the rule based upon the data gathered and lessons learned over the next 4 years, including those from the two relevant studies recommended by the SAC for funding.

The next step is for the department to propose in June to the BOH a “request for rulemaking hearing”. If the request is approved, the formal BOH rulemaking hearing will be in September. This will include public testimony, including that from any SAC members who wish to provide comment.

These are just two highlights from our week. This doesn’t include all the time spent communicating with patients, elected officials, staffers, agencies, labs, and so many others. It also doesn’t include all the on-going work we do on issues like access to testing for patients and caregivers or the time networking with advocates and activists in other states.

We don’t work for the industry. We work for patients. We work for you. We aren’t paid by big money interests. We rely on contributions from patients and supporters to continue the work we do.

Your contribution (not tax deductible) is vital to our continued efforts! Donate today!