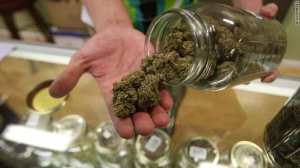 To my friends in the regulated industry who are actively opposing testing of medical marijuana:

How many of you voted for Amendment 64, or eagerly jumped in after it passed? I remember seeing many of you at the 2012 election night celebration at Casselman’s.

You did actually read Amendment 64, right? Did you happen to notice that it established a new license for testing labs? Did you really think those were only for recreational use?

Amendment 64 says that it doesn’t apply to medical marijuana. I was not so naive as to believe that they could actually keep the two entirely separate. I knew that some of the regulations would likely trickle down onto medical. That’s why I followed the Amendment 64 Task Force so closely, attending nearly every meeting including working groups. Many of you were there. I know. I saw you.

I know that you’re all smart people. Not naive. That’s why I can’t believe that any of you could think that somehow at least some of those rules, especially testing, wouldn’t apply to medical as well. It was glaringly obvious that licensed testing labs were the one critical category missing from the medical marijuana code, hence their addition to the A64 code. Patients have been waiting, expecting to get testing of medical products since it only seemed logical.

You voted for and celebrated the passage of Amendment 64. You’ve taken advantage of opportunities to conflate the two when it worked to your advantage, like the transfer of plants and products from medical to recreational so you could move forward with your business plans that much faster. (Yes, patients are still sore about that one.) But now you don’t like it when it might negatively impact your medical bottom line?

My advice? Get over it. Suck it up.

Testing of products from the medical marijuana industry is inevitable. The only question is when. By delaying testing you may be adding to your profit margin, but you’re really hurting patients, the very people you built your entire industry on.

Enough is enough! It’s time to get out of the way and give patients the information they need and deserve.

For my friends in the industry who are supporting testing of medical marijuana, thank you! We want to know who you are so patients can thank you by supporting you as well.